Government officials in Alberta, Canada are considering adding an online casino to the province’s gambling scene. This news comes amidst reports that gambling revenue in Alberta has risen more than 5% during the past year. More specifically, gambling revenues totaled more than $1.2 billion between July of 2014 and July of 2015 in Alberta’s casinos.

In an attempt to capitalize on the increased popularity of gambling in the province, Alberta government officials have recently toyed with the idea of making an online casino available to residents. Early estimates suggest that this online casino, which would be regulated by the provincial government, could earn upwards of $150 million of revenue annually.

The Social Cost of Gambling in Alberta 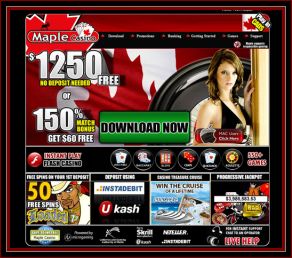 For this reason, Garry Smith believes that a government-sponsored online casino in Alberta would be extremely irresponsible. Smith also mentioned that online casinos have been linked to gambling-related suicides.

Gambling Revenue on the Rise in Alberta

One reason why gambling revenue has increased in Alberta is that the Alberta Gaming and Liquor Commission updated all of the video lottery terminals in the province. Bill Robinson, an executive officer for the Alberta Gaming and Liquor Commission, says that many of the fixed-odds betting terminals in Alberta were more than 20 years old. Robinson said that replacing these old terminals with new machines provided gamblers in Alberta with a more interactive gambling experience.